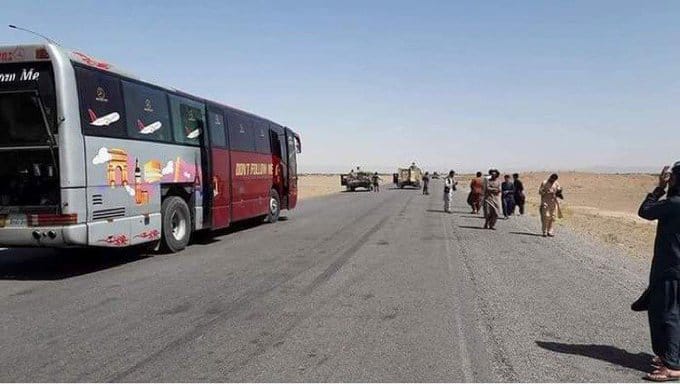 At least five civilians were killed when a roadside bomb hit a passenger bus in Afghanistan’s southern Helmand province on Saturday, officials said.

Nine others were wounded in the blast which happened in Gereshk district, the Ministry of Defense said.

The ministry blamed Taliban for the bombing, but the group said the bus was hit by a government artillery fire.

It comes as representatives of Afghan government and the Taliban are in Doha for peace talks.

In a separate incident, Taliban commander Awal Khan was killed by Afghan forces while he was travelling through Maidan Wardak province to Kabul’s Paghman district, a spokesman for Interior Ministry said.

Two other militants were also killed in the raid, Tariq Aryan said.