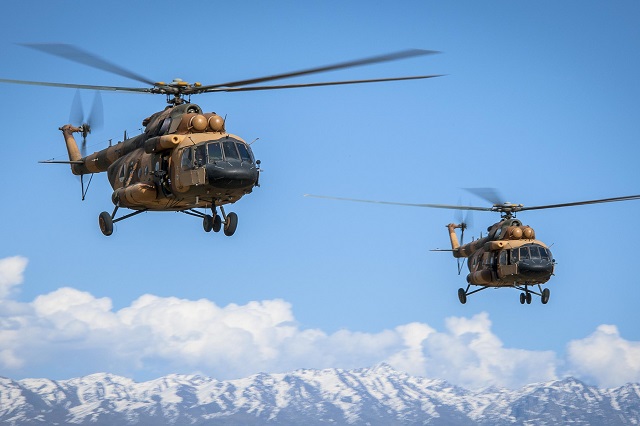 A Russian company has criticized overhaul of two Mi-17V-5 of the Afghan Air Force by Ukrainian enterprises as illegal.

Russian Helicopters, which has manufactured the Mi-17V-5 choppers, said that the enterprises, Motor Sich «Motor Sich» (Zaporozhye) and «Aviakon» (Konotop), have not mastered the overhaul of this type of helicopter in the prescribed manner, as no actualized repair and design documentation for the Mi-17V-5 military transport helicopter, spare parts or repair group sets were delivered to them.

This overhaul must be considered as illegitimate since it will be performed without the participation and control of the Developer (The National helicopter center Мil & Kamov, Russia) and the Manufacturer (Kazan Helicopters JSC, Russia) of this type of helicopters, the company said.

“Russian Helicopters Holding Company considers it necessary to warn that Ukrainian aircraft repair enterprises are carrying out illegitimate overhaul of Mi-17V-5 helicopters and thereby endangers the lives of the American and Afghan soldiers that are operating these helicopters,” the company said in a statement.

Relations between Russia and Ukraine have been fraught since Moscow annexed the Black Sea peninsula of Crimea in 2014 and backed armed separatists in Ukraine’s east.