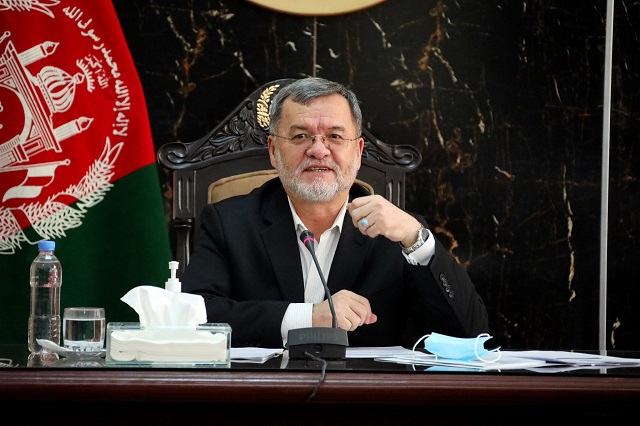 Afghan government on Monday urged the incoming US administration to be led by Joe Biden to review and re-evaluate the peace process.

“We hope that the process so far will be reviewed and re-evaluated under the new leadership of the United States, the existing problems should be resolved and all parties should support the peace process more responsibility and carefully and based on the realities,” Second Vice President Sarwar Danish said that a national conference on strengthening local-level information process.

Danish said that one of the factors that have caused stalemate in intra-Afghan peace talks has been Taliban’s insistence to set their deal with the United States as basis of the negotiations.

He said that the government disagreed as it had not signed or approved the agreement and “legally, we are not bound over details of the deal.”

Danish said that due to Taliban’s “inflexibility”, there has been no progress in peace talks since they began two months ago.

He said that the people have lost faith in talks and are questioning the government over making major concessions to the Taliban in releasing their prisoners.

“Majority of the freed prisoners returned to battlefield,” Danish said.

He also said the high level of violence during peace talks was also unacceptable and was a clear violation of US-Taliban deal.

He said that the Taliban maintained their ties with terrorist groups.

“This shows that the Taliban still insists on war and do not believe in peaceful solution,” Danish said.