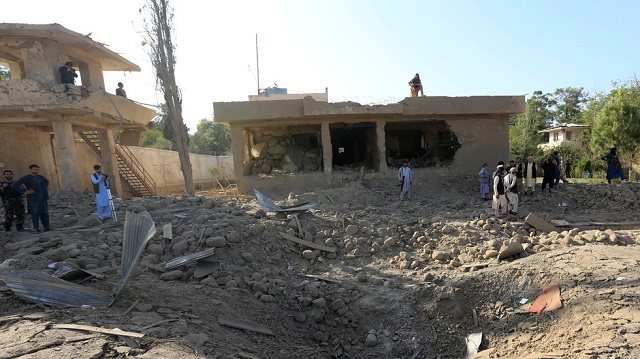 Aftermath of blast in Nangarhar.

Taliban and Haqqani network were behind two deadly bombings that were carried out recently in Nangarhar and Laghman provinces of Afghanistan, a source told 1TV on Thursday.

At least 26 people were killed while 65 others were wounded in the attacks which happened in Nangarhar’s Ghani Khel district and Laghman capital Mehtarlam.

Saturday’s blast in Ghani Khel happened outside the government compound in the district, while that in Mehtarlam city targeted the convoy of provincial governor on Monday.

The attacks happened amid ongoing peace talks between the Afghan government and the Taliban in Qatari capital Doha.

No group claimed responsibility for the attack.

Taliban have yet to make comment on the report.