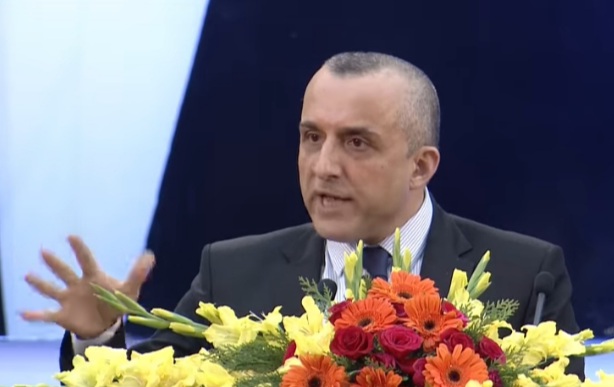 As the United States has proposed the idea of forming an interim government to advance peace process, Afghan First Vice President Amrullah Saleh on Monday said that he wouldn’t accept a dictated peace.

Saleh suggested that he was ready to die, but not approve a dictated peace.

He said that people’s right to vote cannot be compromised and the government was ready to negotiate a date to hold elections.

He said that 60 civil society activists, religious scholars, prosecutors and tribal elders were killed in targeted attacks in the country in the past few months.

He confirmed that President Ghani received a letter from US Secretary of State Blinken, but “our stance has not changed and it will not change.”

Saleh suggested that US can decide about its troops in Afghanistan, but “it is also our legitimate right not to compromise future of 35 million Afghan people according to others’ schedule.”