NEWS
Home AFGHANISTAN Afghans tired of war but not ready to sell their soul: VP Saleh 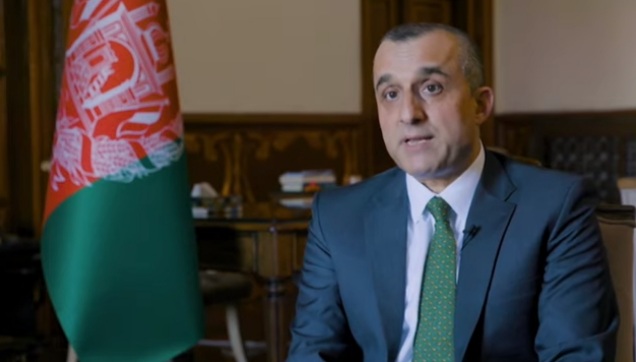 The Afghan people are tired of war but they are not ready to sell their soul, First Vice President Amrullah Saleh has said.

Speakimg in an interview with US broadcaster PBS, Saleh said that US committed mistake by bypassing Afghan government and directly reaching out to Taliban.

“They brought President Trump over the phone to speak for 45 minutes with who? I couldn’t imagine that. I could not imagine,” Saleh said.

He said that bringing the United States president to the level of a non-entity insurgent group was not a good idea.

He also criticized former US Secretary of State Mile Pompeo’s statement that no American was killed in Afghanistan after the Taliban deal.

“We are glad that no American was killed, but he forgot how many Afghans were killed. The way he put that statement, that’s not how you treat your allies,” Saleh said.

Saleh said that the US diplomacy hurt the US more than Afghanistan.

He said that he supports any effort to lead to a peaceful political settlement but not political surrender.

He urged new US President Joe Biden to “define the American interest.”

“If United States backs off from some of its responsibilities it will be a political earthquake for the whole world.