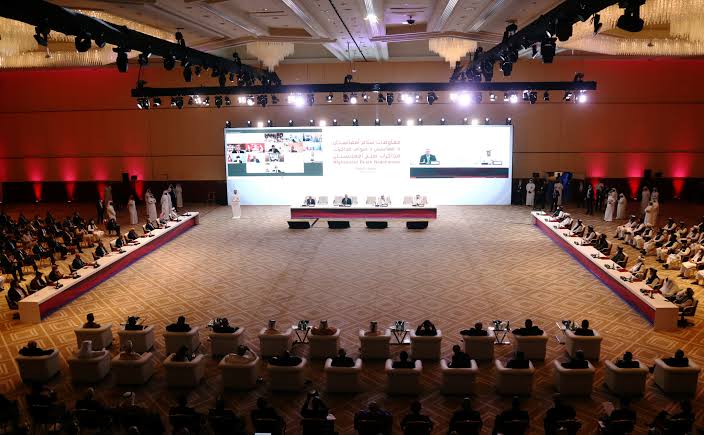 A proposed transitional government as part of Afghan peace process would last until adoption of a new constitution and an election to choose new government, a four-page peace agreement proposal obtained by 1TV shows.

Head of the interim government, his deputies and cabinet would be appointed based on agreement by both parties to the conflict and he can never act as head of the state in future.

The new constitution would determine future government structure among other issues.

The transitional government would include executive branch, parliament, judicial branch, an independent high council for Islamic jurisprudence and a commission to prepare a new constitution.

Another option would be including also a post for prime minister in the interim setup.

A ceasefire commission would also be established and the Afghanistan Independent Human Rights Commission would include also Taliban members, according to the proposal.