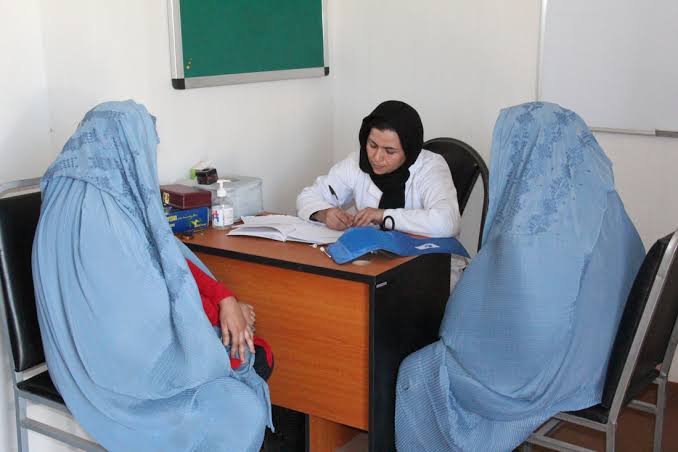 Over the past two decades, the Afghan government has depended on international donor support to fund essential services like health care. But this donor support has been falling for years and will likely continue to do so–perhaps precipitously, Human Rights Watch said.

In 2013, member countries of the Organisation for Economic Co-operation and Development’s (OECD) Development Assistance Committee contributed US$141 million to health and population assistance in Afghanistan. By 2019, this figure had dropped 26 percent to $105 million, HRW said.

“International donors are locked in a waiting game to see whether the withdrawal of foreign troops will result in the Taliban gaining greater control of the country,” said Heather Barr, interim co-director of women’s rights at Human Rights Watch. “But this is no excuse for cutting funds for essential services that aid groups have managed to deliver in insecure and Taliban-controlled areas.”

According to the report, the hospitals are now charging for supplies that previously were free. Many patients cannot pay or even afford transportation to a health facility, which may be far away. Progress on some key indicators, such as accessing prenatal care and skilled birth attendance, is stagnating, or even reversing.

“It’s Taliban-controlled—people are poor, there are no jobs,” said a doctor from Kapisa province, northeast of Kabul. “Clinics are far from where they live, so often [women giving birth] die or the baby dies…. People don’t even have money for transport to the center, to a government hospital, and you still have to pay for medicines at the government hospital.”

Women and girls struggle to get even the most basic information about health and family planning. There is an unmet need for modern forms of contraception, and prenatal and postnatal care is often unavailable. Modern cancer and fertility treatment and mental health care are largely unavailable. Routine preventive care such as pap smears and mammograms are almost unheard of; and a large proportion of births are still unattended by a professional, the report said.

Women often have more children than they want because of lack of access to modern contraception; face risky pregnancies because of lack of care; and undergo procedures that could be done more safely with more modern techniques. Maternal and infant mortality remain very high, according to the report.

“This critical moment is no time to abandon Afghan women, who often face a brutal choice between feeding their families or caring for their health,” Barr said. “International funding for the health system is a life-and-death issue—and whenever cuts are made women will die.”