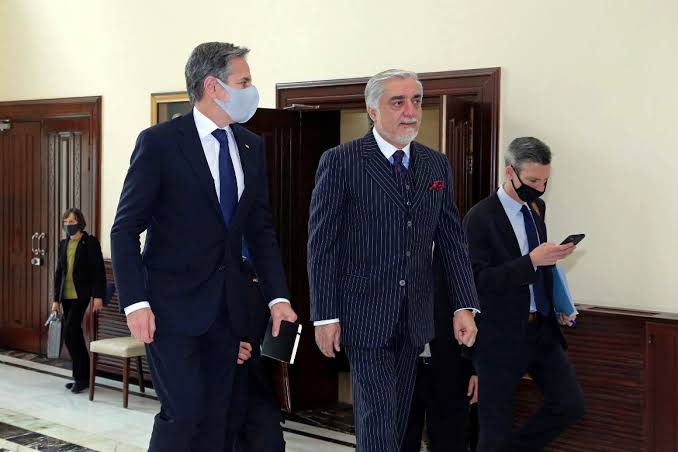 During the call, Blinken reiterated the US commitment to seek a just and durable political settlement that ends the war in Afghanistan, US State Department said in a statement.

“They discussed ways to accelerate peace negotiations and achieve a political settlement that is inclusive, respects the rights of all Afghans, including women and minorities, allows the Afghan people to have a say in choosing their leaders, and prevents Afghan soil from being used to threaten the United States and its allies and partners,” the statement said.

They deplored continuing Taliban attacks, “loss of innocent Afghan lives and displacement of the civilian population, and underscored the widespread international condemnation of these attacks.”

Intra-Afghan peace negotiations started in Qatari capital Doha in September last year, but there has been little progress and the violence is raging across Afghanistan.