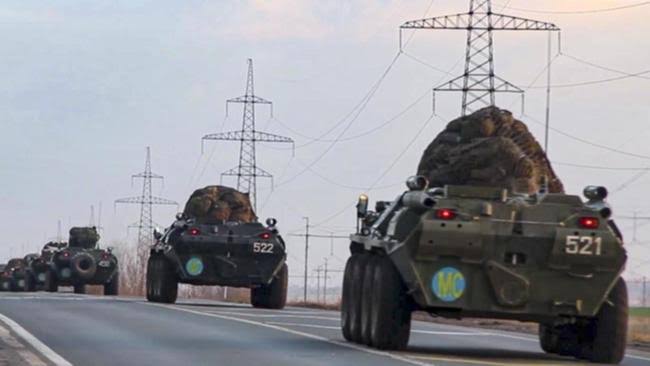 Militaries of Russia, Uzbekistan and Tajikistan began joint military drills on Thursday near the Afghan border, amid their concerns that a worsening security situation in Afghanistan could spill over into Central Asia.

The drills in Tajikistan, located 20 km from the Afghan border, will involve 2,500 troops, including 1,800 personnel from Russia, and also about 500 items of armament and military hardware.

“We are opening joint drills with the units of the armed forces of the Russian Federation and the Republics of Tajikistan and Uzbekistan. In the contemporary world, military threats are mounting and the situation is becoming increasingly tense and unpredictable,” Russian authorities said as reported by TASS news

“The joint drills will enable us to check the accumulated combat experience, test optimal forms of troop employment and work out common approaches to warfare,” a Russian general said.

Security has rapidly deteriorated in Afghanistan as the United States withdraws troops. Moscow fears that could destabilise its southern defensive flank and push refugees into its Central Asian backyard.

Earlier this week, Tajikistan’s defence ministry said in a statement that the drills would involve more than 300 armoured vehicles, 25 combat and transport helicopters and an undisclosed number of fighter and bomber jets as well as artillery.

“The aim of the drills is to effectively test the combat ability of military units in the event of the situation being destabilised on the state border,” it said.

The drills are expected to end on August 10.