NEWS
Home AFGHANISTAN Over 1,000 Afghan forces retreat to Tajikistan after clashes against Taliban 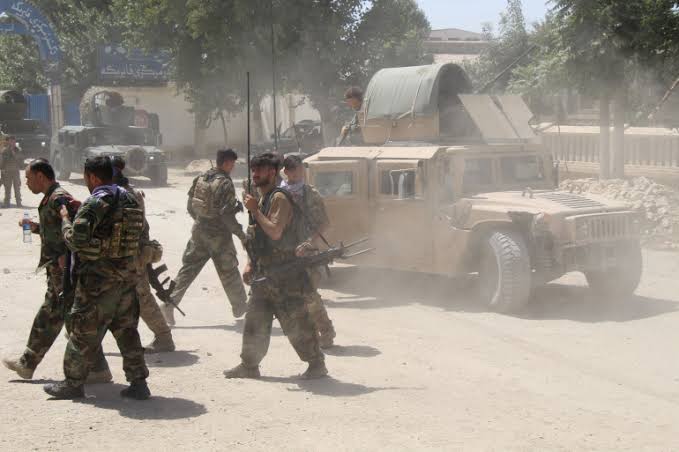 More than 1,000 Afghan troops have retreated to Tajikistan after battles against the Taliban, Tajik authorities said Monday.

Border Guard Troops of Tajikistan’s State Committee for National Security said in a statement that relying on the principle of good neighborliness and non-interference in Afghanistan’s domestic affairs, the Afghan troops were allowed to cross Tajikistan’s border.

“In the course of shootouts with the Taliban, 1,037 military servicemen of Afghan government troops retreated through the border areas of Shamsiddin Shohin District (104 people), Ruzvai (213 people) and Nulvand (83 people) in Darvaz District, Humrogi, Vanj District (173 people), the city of Khorog (312), Ishkashim (102 people) and Langar (50 people) of Ishkashim District to the territory of Tajikistan in order to save the lives of military personnel,” the statement said.

It stressed that currently, the situation in the border areas is under the control of Tajikistan’s border guards.

Meanwhile, in a phone call with President Ghani on Sunday, Tajikistan’s President Emomali Rahmon expressed concern over Afghans crossing over to Tajikistan.

Fot his part, Ghani said that the government is responsible toward citizens and will soon take steps to address the issue.