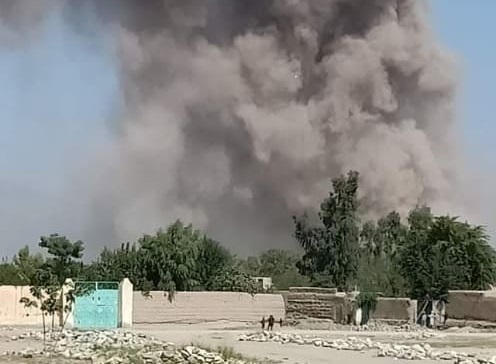 Car bomb kills over a dozen in Nangarhar

At least 18 people were killed when a suicide car bombing went off in Afghanistan’s eastern Nangarhar province on Saturday, sources said.

Forty others were wounded in the blast which happened outside the government’s compound in Shinwar district, a source told 1TV.

Ataullah Khogyani, a spokesman for provincial governor, confirmed death of 13 people and wounding of 35 others.

He said that attackers wanted to enter the compound but were killed by security forces.