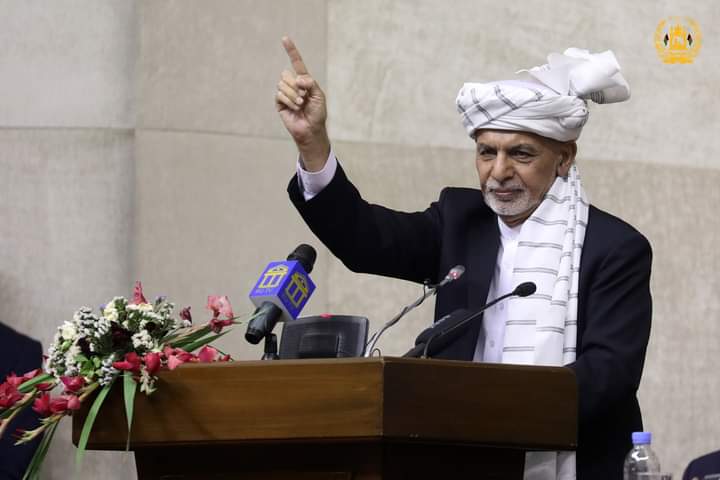 President Ashraf Ghani said on Monday that security situation in Afghanistan deteriorated because the United States “abruptly” decided to withdraw its troops from the country.

Speaking at parliament, Ghani said that he respected the US withdrawal decision, but knew that it would have “consequences.”

“We faced unexpected situation in the past three months,” Ghani said rejecting rumors that it happened based on a secret deal.

The President suggested that the Taliban will not enter into meaningful negotiations for peace unless the situation in the battleground changes.

He said that implementation of a six-month security plan has started. According to the plan, the army will focus on defending the strategic targets, police will secure cities and strategic districts, and NDS and NSA office will work on mobilization of people alongside security and defense forces.

“I will never kneel before any destructive force, we will either sit knee-to-knee at the real negotiation table or break their knees on the battlefields,” Ghani said.

The president also said that the Taliban have not only failed to cut their ties with domestic and international terrorists, but the relations have been strengthened.