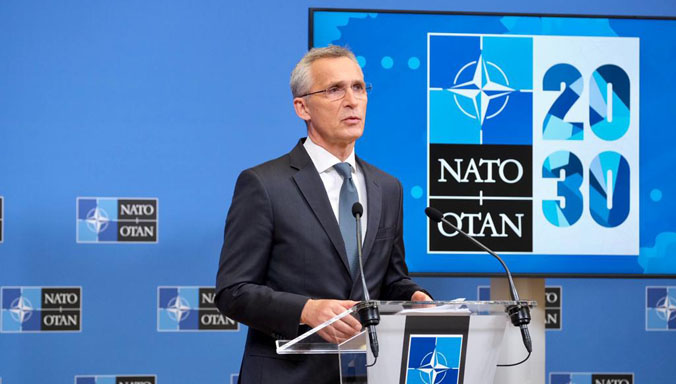 Speaking in a press conference ahead of meetings of NATO foreign and defense ministers, Stoltenberg said that withdrawal of troops from Afghanistan enntails risks, but staying would also carry risks.

“We’d have implemented risks for our Alliance with more fighting, potentially more fighting, more and more casualties, and even the need to maybe increase the number of troops,” Stoltenberg said.

He said that the intention was never to stay in Afghanistan forever.

“At some stage the Afghans have to take full responsibility, responsibility for their own future,” Stoltenberg said. “And I’m impressed by the strength and the courage of the Afghan security forces and knowing that there are risks, challenges, but also that’s exactly why we will continue to provide support to them.”

He said that NATO would step up support to Afghanistan in other ways.

He said that NATO is also working on how it can sustain critical infrastructure in Afghanistan such as airport, which is important for the continued presence of the international community in Afghanistan.